Skip to content
Sue’s Views
On the night before He died ….. Jesus invited His disciples to a dinner! Before eating He surprised them by washing their feet. This was a custom normally carried out by the lowest servant in the house. You can imagine their embarrassment. During the meal ….. He broke a loaf of bread and shared it with the 12 men. He explained that the bread was a symbol of His body that was about to be broken for them. He then poured wine and passed it around ….. explaining that the wine represented His blood that was about to be poured out as a sacrifice so they could be made right with God. After dinner He took them for a walk to a garden and asked them to pray with Him. Not understanding the deep sorrow He was feeling ….. they fell asleep ….. leaving Him to face it alone. They were awakened by soldiers who came to arrest Jesus and take Him to be tried and crucified. What a night! We can only imagine how the disciples felt that night and the next day. But ….. just 3 days later ….. they would get it! They would put the pieces together and understand the significance of the foot washing ….. the bread and the wine ….. and the incredible sacrifice Jesus made on their behalf. And on behalf of all of us who would believe in Him.
“But he was wounded for our transgressions; he was crushed for our iniquities; upon him was the chastisement that brought us peace, and with his stripes we are healed.” Isaiah 53:5 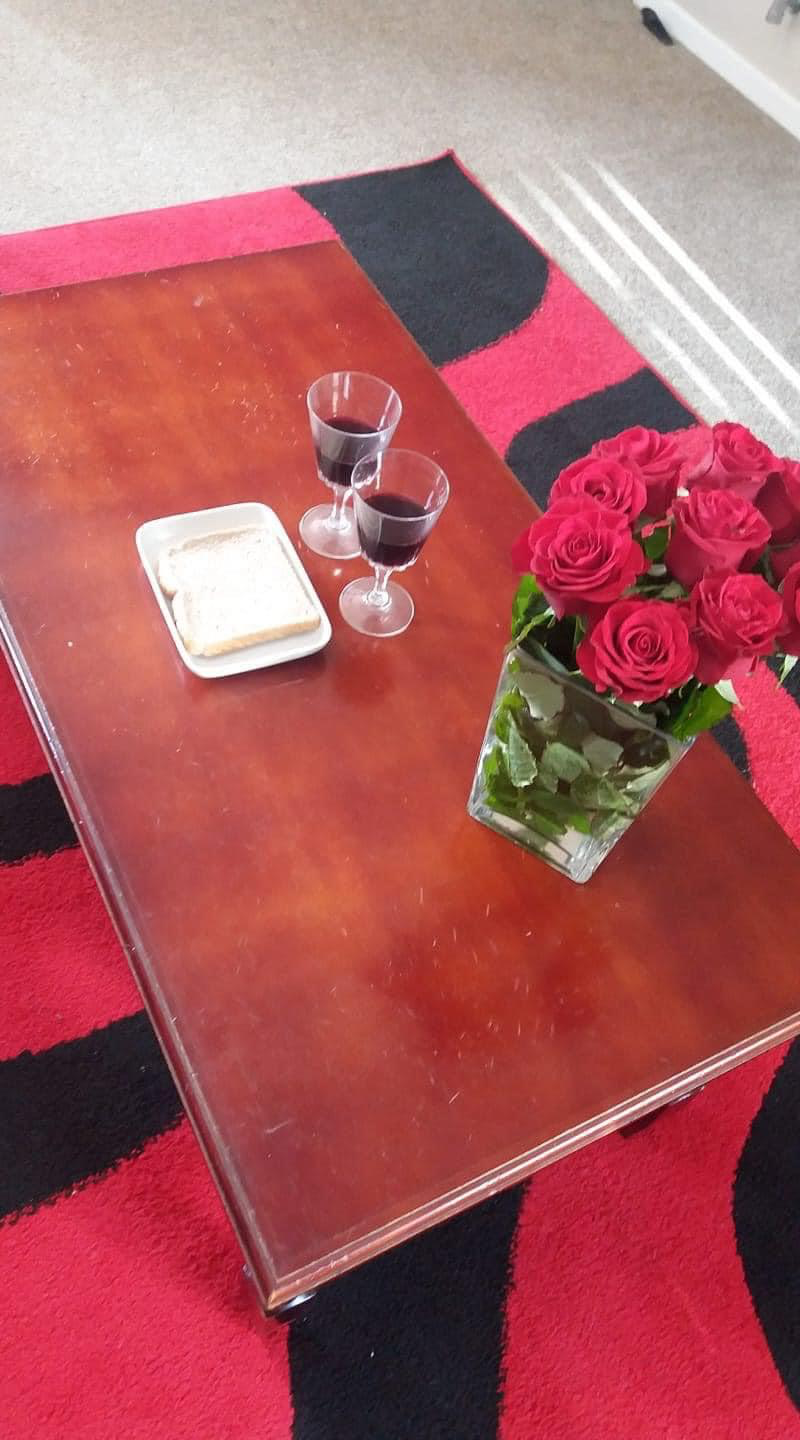